Acad. Plamen Kartaloff: “Parsifal” is an accurate image of our connection with the spiritual world

The Sofia Opera presents on 1 and 3 April “Parsifal” – the last opera written by Wagner, which is considered the best. In this mythological drama of the musical genius, the main roles are again performed by Bulgarian performers, whom the audience already knows from “Der Ring des Nibelungen”.

The premiere of “Parsifal” was on 26 July 1882, at the Festspielhaus in Bayreuth. Wagner first read Wolfram von Eschenbach’s poem of the same name, written in the thirteenth century, in 1845, which inspired him for “Parsifal”. According to his own autobiographical confession, he created the first drafts only twelve years later, in 1857. The Bulgarian premiere was in 2017, the stage director was Acad. Plamen Kartaloff. 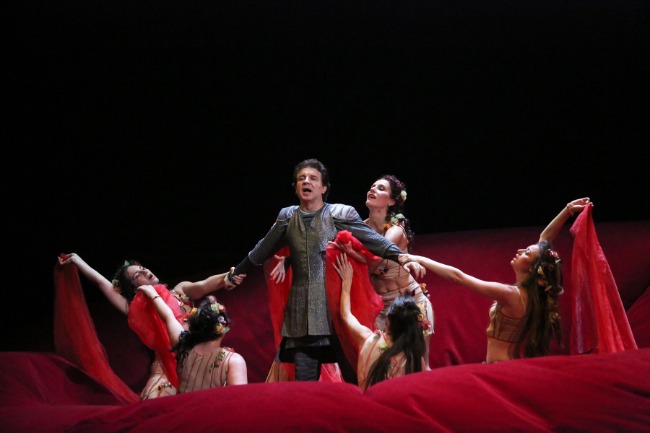 Especially for BTA, he tells why “Parsifal” is such a different work and what is the most impressive in directing the creation of the Bulgarian production, he also talks about the challenges and messages of this large-scale project.

Why is “Parsifal” such a different work, which Wagner himself calls a “festive stage mystery”?

- “Parsifal” is an image of a spiritual community, in which the ideas of brotherhood, humility, love to the neighbor are intertwined with divine radiation and spiritual healing.The stage mystery “Parsifal” is an exact image of our connection with the spiritual world – in it the music elevates the senses in the boundless spiritual temple of the soul.Privilegeofanyonewhocanvowtoit.

What is the most impressive thing about directing in the creation of the Bulgarian production?

- The most important is Richard Wagner’s music. Its mysticism and esoteric sensitivity are also my reverence in creating a stage image – the unearthly, divine burning in the spiritual and sparkling mysticism of the fantasy action of the legend, and philosophical messages, and their pursuit of final nirvana with a touch of the Holy Grail. An expression of this penetration is my response to the composer’s musical and poetic philosophy.

How did you choose to include “Parsifal” in the repertoire of the Sofia Opera?

- From 2010 to 2015, I staged the whole tetralogy “Der Ring des Nibelungen” and “Tristan und Isolde”. It was Parsifal’s turn – a new space flight into Wagner. This example of focusing on Wagner’s dramaturgy for seven years with six consecutive productions is truly revolutionary for the operatic art in Bulgaria. And also for the international authority of the Bulgarian Wagner tradition with a new face of the Sofia Opera and its international recognition. And not only by the special audience in Bulgaria from all over the world, mostly Wagnerians, but also on the stages, where the Sofia Opera is a guest on the most authoritative and prestigious stages and festivals – Bolshoi Theatre in Moscow, the Festival Theater in Füssen (Germany), the festival in Ljubljana (Slovenia), the Bolshoi Theatre in Minsk. Our productions were also presented on video by the company “Dynamic” – Italy. With this, the Sofia Opera had the opportunity to show its great work on the world music market. But first of all, with admiration and gratitude for the ability of our artists, orchestra and chorus to maintain this repertoire for more than ten years. 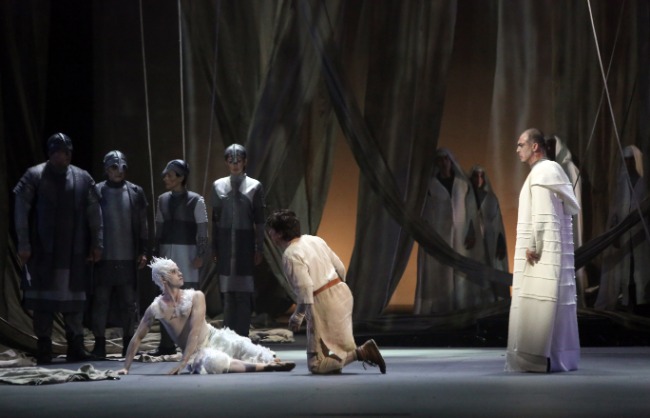 There are only Bulgarian performers are in the cast …

Yes, and this is the unique. Dedicated entirely to their tasks, both vocal and acting. About fifty performers were involved in the preparation and implementation of the entire Wagner series. For “Parsifal” they are the same ones who, however, have not stopped singing Italian, French and Bulgarian operas from the current repertoire of the Sofia Opera. Next to Wagner’s operas were composers with different compositional styles and epochs – Verdi, Puccini, Mascagni, Bellini, Donizetti, Tchaikovsky, Delibes, Massenet, Pipkov, Vladigerov, Georgi Atanasov, Lazar Nikolov, Jivka Klinkova and others.

But sacred is my homage to Maestro Richard Trimborn, the soul of the production. He is the man who musically prepared our singers and dedicated the last seven years of his life to the Sofia Opera, with its audacity to stage six Wagner operas under the musical direction of Richard Trimborn. Conductor is Constantin Trinks, the scenography is by Sven Jonke, the costumes are by Stanka Vauda, Assistant director is Vera Beleva, the lighting artist is Andrey Hajdinyak, Emil Dinkov. The orchestra and chorus of the Sofia Opera take part.

What is your biggest challenge as stage director of “Parsifal”?

- To be able to suggest that if people have a mission and inspiration, given by the heavenly protection, they will also have the power of Parsifal for holy communion, consecration and salvation. And this is the ability to serve with a pure soul.

What would you like to say to the audience before entering the Sofia Opera on 1 and 3 April at the spectacle?

- The action in this sacred drama, which is set outside the time and place of the specificity of the legend, reflects the endless cycle of life, including birth, life, death and rebirth. The action unites these symbols of all religions, however different, with the power of good and the need to believe in something important and predestined. To overcome evil, to believe in the salvation of the human soul, to keep the holy covenant of men with God, is the most important necessity and the will for the strong ability of man, whatever religion he professes.

The finale of the opera, with the mystery of the Feast of Holy Communion, can only be revealed to those who are called to serve it. “Parsifal” is a mystery of parallel worlds, a sparkling nirvana that keeps the mind awake with the influential music and philosophy of Richard Wagner, the triumph of the life and work of the composer, his last opera.